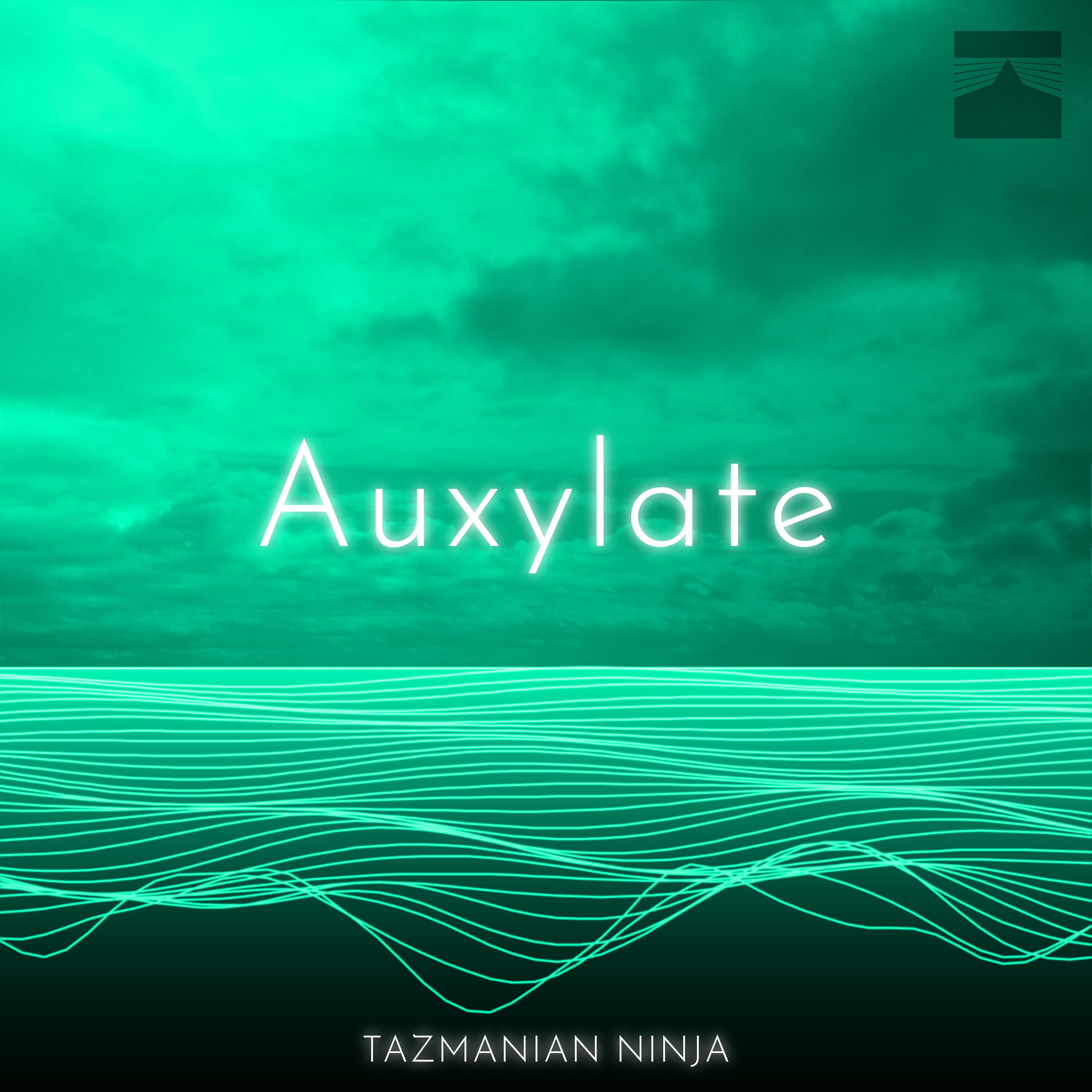 Auxylate (pronounced like “oscillate”) began as a melodic idea, composed in an iPhone app, while on the plane to Gran Canaria for a sunny winter vacation, in February, 2018.

As a music producer, I had prepared for my “in-flight” entertainment by downloading two music-making apps: the iOS recreation of the legendary Fairlight CMI sampler + another, to me unknown, music production app named Auxy.

During that flight, I quickly gave up on the perplexing, archaic UI of the Fairlight – and went on to launch Auxy. And in a matter of minutes: I fell totally in love with it! Like an obsessed teenage girl! It was love at first app-launch.

Coming up with catchy melodies from scratch, happened so fast I wondered whether being on a plane, high in the sky, had brought me closer to divine inspiration?

But so had Auxy!

– with such an intuitive UI (user interface) a manual wasn’t needed to come up with a bassline so funky Bootsy Collins would approve with a “Yaaaaaabba-dabba-dooozy, Baba!”

– and with sounds so fresh and stimulating – it instantly stirred my creative juices to a groovy cocktail of compositional flow and funk.

I was an Auxy fanboy from day one.

Creative challenge: Make a full track, on an iPhone

So, as a creative challenge for myself, and a tribute to Auxy, I decided to:

Doing so wasn’t a bed of roses, though! Read on:

A blessing and a curse

Making a full track (including arrangement and mixing) on an iPhone proved itself to be both a blessing – and a curse.

A curse because producing a full track on an iPhone 7 Plus is, all things considered: a challenging endeavor. Getting the various sounds to sit well in the mix, using only hi- and lo-pass filters, without an equalizer and without control over compression and limiting – is like mixing a record at Abbey Road studios, back in the 60s. Thankfully, I’m a persistent kinda guy:

A blessing because working on an iPhone meant I could work wherever and whenever I wanted – including outside in the sun, enjoying one of the hottest, most amazing summers ever, here in Copenhagen, Denmark.

Indeed, during its production, Auxylate has had a wonderful upbringing: conceived on a plane, matured on a sunny holiday island in the Atlantic Ocean, and finished in Kongens Have / King’s Garden, on a blanket, in boxers (and a few times: without!)

It’s even been worked on, butt-naked on the beaches of Bellevue and Amager Strandpark (indeed: the ninja goes commando when on the beach!)

Despite my self-imposed minimalist music production challenges: making Auxylate has been a great experience, and a production process I’ll never forget!

Part of the reason Auxylate sounds as punchy, vibrant and groovy as it does, is the formidable result of my 100% unique mastering process.

While I could have mastered Auxylate in a few hours, I relentlessly experimented for weeks, in an audacious effort to achieve a particular sound – a very particular sense of groove – that I intended it to have, from its early start as just a funky bassline.

I wanted it to sound dirty and gritty, as a house track expectedly should. Not clean and glossy, like an EDM or psy-trance track.

And I wanted the bassline to bounce – in a very specific, rubbery way – for lack of a better way to describe it.

Getting to that sound, of intense grit and pumping groove took a few weeks of experimentation.

Reading the sentence above, feels as absurd to me, as it might to you. That’s a whole lotta time spent, pursuing a perfect master, of an unorthodox house track.

But it was time well-invested: I now have a truly unique mastering chain – one that will define the sound of future Tazmanian Ninja releases, and of course get refined more and more, with each upcoming release.

I’m sincerely proud of the final production! Listen to that bassline – and especially after the breakdown. Nice drop, eh?

The track has certain elements of progressive- and psy-trance in it. The sound of acts like Zen Mechanics and Egorythmia. But the groove is 100% house. The jackin’, shufflin’, FUNKY kind of house.

Add it to your playlists

Or just search for “Auxylate” or “Tazmanian Ninja” where you normally stream or download music.

Don’t forget to follow Tazmanian Ninja! Auxylate is just the beginning – I have some killer tech house tracks scheduled for release! You will want them the moment they’re released!

About the Cover Design

The cover photo is the Atlantic Ocean, shot from the island of Gran Canaria, where I began working on Auxylate.

I replaced the ocean waves with sound waves visualized as a waveform on the screen of the iconic, legendary 80s sampler – the Fairlight CMI.

Being one of the world’s first samplers, the Fairlight was quite a gargantuan, whopping beast. Fortunately, it’s nowadays an app for iPad and iPhone:) Using that app, I carefully selected some sound waves that look like real ocean waves.

If you like this release, please feel free to help share the track with your friends! I can use all the help and support you can give. I’m doing this for the love of good vibrations – house music – and you:) House music truly is universal, uniting us together!

This site uses Akismet to reduce spam. Learn how your comment data is processed.